Nixie and Berehynia, the water ladies

Nixie, or else undine, or living in the mountain areas berehynia and a nymph. A comely female demon, whose habitat wasn’t only the watery areas. There are water, field and forest nixies. The places of their settlement were on the shores of rivers, lakes or mountains, thicket forest and a green rye, that’s where the names such as berehynia* or rye lady (do not confuse with the noonwraith) come from. Nixies were incredibly beautiful in all their forms, tiny, curvy, shapely, with black eyes, full of life and love, they often had flowers in their hair. Using their charm, beautiful voice and look that could penetrate to the heart, they were seducing young men, to whom they were asking riddles or dancing with them without a break, until the unfortunate man died. There were also cases where a nixie tickled her victim to death. 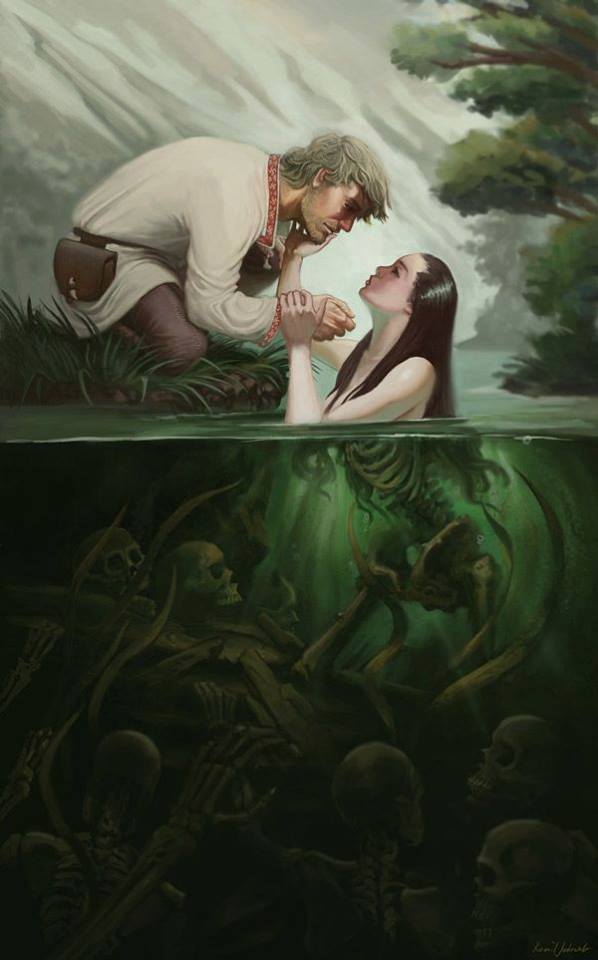 In case, where a nixie or undine asked us a riddle, we had two rescue possibilities. In both situations, the stake was our life, the first possibility was to ask such a riddle to nixie, that she coldn’t answer correctly, and the second one was to answer correctly to nixie’s riddle, which was not easy because of their love to brain teasers. If you managed to get out from such situation, you could marry the nixie.
Undines gave births to ugly, deformed children. In many folk tales, we can read about children who were replaced by berehynias, offspring that have been left on the children’s place, were called weirdos. (that’s how the congenital disabilities were explained).

Nixie was a young girl who committed suicide by drowning herself and the reason was the unfortunate love, or she died right before or after her wedding.

Pentecost is declared to be nixies’ holiday, that’s when they were leaving their habitats and had fun when tormenting people in the forests and highways. They were scaring travelers by hanging on the birch-tree or an oak with their green braid and they could drive crazy or lead to death by a laugh, that was worse than the most frightening cackle. They were also running on the rye fields, looking for a victim to tickle. At that time people were burning large fires, having fun, throwing wreaths to the water (same as during the Kupala’s night) and avoiding forests so they wouldn’t anger the niexies by interrupting their games. Moreover, nixies were gifted with pieces of canvas and a bread at that time. 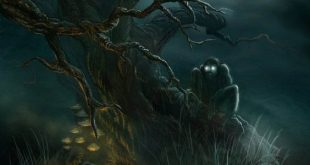 Among all the beasts from the slavic areas, that are mentioned in folk myths, Drowner …